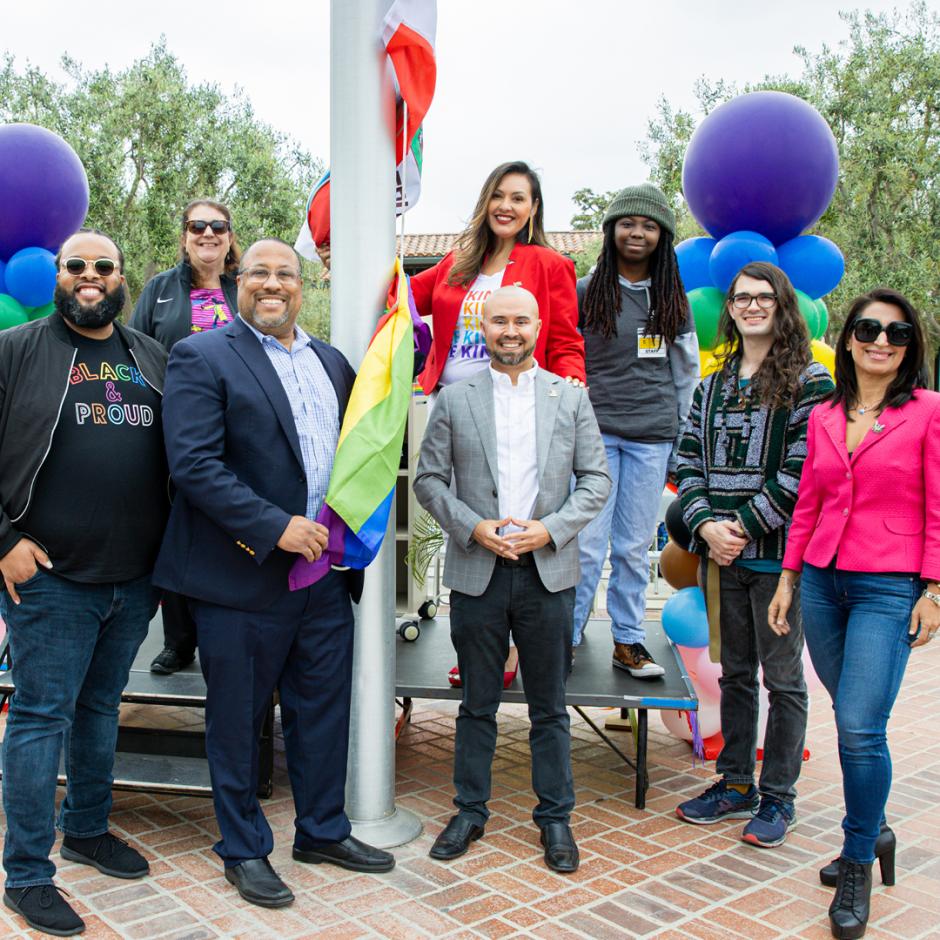 During a ceremony on Mon., May 23, Long Beach City College celebrated Harvey Milk Day by raising the Pride Flag. The Pride Flag will fly at both the Pacific Coast Campus and Liberal Arts Campus and will remain until the end of June, which is the month nationally recognized as Pride Month.

“It’s important for our students and our employees of all diverse backgrounds to be part of a campus community where they feel welcomed and included,” said Long Beach Community College District Board of Trustee President Uduak-Joe Ntuk. “To raise the Pride Flag at LBCC is an opportunity for us to highlight an extraordinary leader — Harvey Milk — and to bring to light his story and his fight for equality.”

Every year, California celebrates on May 22 in memory of Harvey Milk, a prominent gay activist. He worked to end discrimination against the lesbian, gay, bisexual, and transgender community, including his fight against the Briggs Initiative which banned gays and lesbians from working in California schools. He was the first openly gay man elected to public office in the country as a member of the San Francisco Board of Supervisors in the late 1970s. Sadly, he had been serving as a Supervisor for only 11 months when he was assassinated.

“To have this visibility and recognition is so important – especially during a time when our LGBTQ+ community is being attacked in states like Florida, and safe LGBTQ+ spaces across the country have been targeted with threats or acts of violence,” said LBCCD Superintendent-President Dr. Mike Muñoz. “Raising the Pride Flag shows that the LBCC community recognizes and welcome all of our LGBTQ+ students, faculty and staff. And as an openly gay man, this is a day that I personally celebrate as I would not be here working for an educational institution without the work of Harvey Milk.”